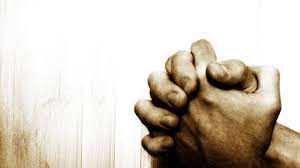 “Every day has exactly 1, 440 minutes; can’t you find even 10 of them to be with your heavenly Father? Doesn’t God deserve the best minutes of your day?” Billy Graham

Moses is one of the greatest leaders who ever lived since the origin of humanity. He led 3 million people for 40 years without any modern communication technologies. He fought war, brought order, solved problems and took people from slavery to the Promised Land. So he knew something about successfully waging war against spiritual and physical enemies.

In Exodus 17, we can see a group of people called Amalekites come and attack the Israelites at Rephidim. Who are these Amalekites? They are descendants of Esau, Jacob’s brother. They are known as wicked people who are given over to the desires of the flesh. They are against God’s children in various parts of the Bible. There is no apparent reason to fight with Israel but they came to fight with them in order to destroy. The enemy doesn’t just come into your life to have a cup of coffee or some disagreement, but to destroy you completely and stop you from entering the Promised Land.

Prayer is physically and emotionally demanding. True prayer costs us. “As long as Moses held up his hands, the Israelites were winning, but whenever he lowered his hands, the Amalekites were winning.” (Ex 17.11). This shows a picture of prayer. Let’s look a bit more deeply. This is the promise of God. As long as we prevail in prayer, as long as we hold on to prayer, there is victory. Prayer is not an accident. Prayer is intentional. Moses went to the hilltop. It requires some level of physical effort to climb the mountain. Moses might be stronger than the 80 year olds in our generation, but still it’s an effort to climb the hill and lift his hands throughout the day. To be in prayer requires discipline more than motivation. As long as we stay in prayer there is victory.

Being in the place of prayer helps us to see things differently. Moses found a place where he could connect with God, a place he could see things in a better perspective. In the valley you see the enemy face to face and the enemy looks bigger. From the hill you see the whole picture of the battlefield and the enemy will look much smaller. When we are in prayer gazing on the greatness of God, we will see things in a better perspective. It will help us to see how God sees things.

There is no gift of prayer in the Bible – every Christian is supposed to pray. No one will pray accidentally for one hour. We don’t just pray overnight by accident, but with great intentionality. People stay awake overnight to watch TV shows, Netflix or scrolling through social media for hours, but not for prayer. No one drifts into prayer life, but people drift out of prayer life. Prayer requires effort from our side. It is physically and emotionally demanding. Jesus sweated blood in the garden of Gethsemane during prayer. No wonder Jesus defeated the enemy and brought salvation for each one of us.  On the day Moses lifted his hands to heaven, Israel tasted their first victory against an enemy after 400 years of slavery.

No matter what your past is, prayer can break any chain and release us into the Promised Land.