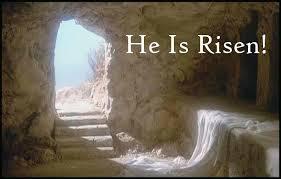 It is upon this belief that Jesus was victorious over death that the entire Christian faith depends. It is because of this pivotal importance that the reality of that is questioned, attacked, and belittled, especially in the last 100 years. If it is not true, our faith is futile [1Cor: 15:17]. We may as well close the doors and say good-bye to one another. There is no reason for us to meet. Every Bible believing preacher is a liar, if Jesus was not raised. If that is the case, they are not only preaching a lie, but also encouraging you to base your life on a lie. If there is no resurrection, there is no solution to sin. There is no way to remove the inevitable guilt that weighs down the human heart. And because the way of Christ calls us to death of self, because it forfeits worldly pleasure now for eternal pleasure with God, if there is no resurrection, then we are to be pitied. If you personally find this hard to believe then I suggest you check the evidence. This is succinctly explored in Chap. 10 ‘Who moved the Stone.’ Mark Eastman on this link: https://www.blueletterbible.org

So why do I believe that Christ rose from the dead? Rome crucified Jesus because He was a political threat. They guarded the tomb with soldiers that were each trained to hold a square metre of ground. Those soldiers could have been executed for letting a prisoner escape. Somehow, Jesus walked out of the grave. Matthew’s account says that on seeing the angel that rolled away the stone, those warriors passed out. (Matthew 28:4) The disciples were cowering, hiding in fear for their lives. (John 20:19) Then suddenly they are preaching in public. (Acts 2:6) Something incredible had to have happened! They were thrown in prison because they were preaching and healing and telling the people that it was because they witnessed the resurrected Jesus. They no longer cared about threats and prison. (Acts 4:19-20) Angels helped them break out of jail. (Acts 5:19-20) They declared that they had conversations with the man Jesus, who was crucified, raised from the dead, and who they saw ascend into heaven. (Acts 10:41)

The power of the risen Jesus was overflowing from the Apostle Peter to the extent that people from the surrounding regions brought their sick and laid them on the streets so that his shadow would heal them. (Acts 5:15) How do you explain that? If Jesus did not rise from the dead, then these men were liars. Why would healing power flow through liars to such an amazing extent? Imagine for a moment if I told all of you, “Hey, let’s start a new religion. It’s all a sham, but if we all keep the secret, maybe it will sweep the world and we’ll become important.” Therefore, we make up some story and it starts to take off. You might think, “Maybe this will work. I’ll play along.” Then we start being thrown in jail. Next, one of our leaders is executed. Then it is open season on all of us. That kind of persecution was what happened to the fledgling church Jesus started. You would say, “Oh well, it was fun while it lasted, but I’m not going to die for it.”

However, that is not how the early church responded. They gave their lives. They faced lions in the arena. They were burned alive, refusing to recant. They were tortured and crucified, refusing to deny their story. Why? They had seen the risen Lord. How could you deny what you knew to be truth, knowing it would affect your eternity? Once you knew it was true, everything He said suddenly took on eternal significance. There was no going back. Once they saw the resurrected Lord, everything was different. Rising from the dead meant that even if they were killed, they would live again.

What does the power of the resurrection mean for us? Jesus was the first to be resurrected from the dead. Paul was saying that our resurrection would certainly follow. He was raised, and that is why we know that we will be raised as well. Just as through one man, Adam, we all inherited a sinful nature, so through Christ we can all inherit eternal life. However, resurrection is not just about that day in which our mortal bodies are swallowed up by immortality. (1 Corinthians 15:53-54) That is a wonderful thing. It comforts us when we have lost a loved one. It encourages us that death is not the end, and that this life is full of eternal purpose. Resurrection is about every day. It is about life in these mortal bodies having the power of resurrection right now.

This is how the Apostle Paul expressed it (Ephesians 1:18-21) ‘I pray also that the eyes of your heart may be enlightened in order that you may know the hope to which he has called you, the riches of his glorious inheritance in the saints, and his incomparably great power for us who believe. That power is like the working of his mighty strength, which he exerted in Christ when he raised him from the dead and seated him at his right hand in the heavenly realms, far above all rule and authority, power and dominion, and every title that can be given, not only in the present age but also in the one to come.’ Paul was praying that we would have God’s help to see that as believers we have access to an incomparably great power. He goes on to describe that the power is like mighty strength of God exerted in the resurrection of Christ. What kind of power took the three day dead battered body of Jesus right through His grave clothes? What kind of power breathed life into every dead cell and lifted Him to His feet? That is life-giving power! Paul is telling us that this power is supposed to be a part of the life of every believer, but we need to have the eyes of our heart enlightened to see that it is ours. When we see things without an enlightened heart, we see discouragement, defeat, and inability. The negative overwhelms us. We see no rhyme or reason to things.

When we look through the eyes of an enlightened heart, we see the wonderful work of God in us and in our brothers and sisters. We see God at work changing the world around us, intervening in the darkness and bringing hope to the hopeless. We see evil and dark things being turned around to move people toward God. Even more exciting is the fact that we see we can play a part in all the goodness of God. Resurrection power puts just the right words in our mouth when we go to encourage that needy person. It puts hope and joy in our heart even when we face the inevitable hardships in life. It guides us into a life that is actively participating with our Creator to touch our world and enrich our lives.

Resurrection power gives love for the unlovely, joy that is deep and lasting, peace that is beyond all explanation, and patience for those who have not yet seen that the power is there for them. It gives us a kind word in response to insult, gentleness when our world is harsh, power to be faithful when tempted, and self-control when we would rather return to our selfish ways. Yes, I am speaking about the fruits of the Spirit because resurrection power is the Spirit of God empowering our lives to express the goodness of God. (Galatians 5:22-23)

As we approach Easter and look on the sacrificial redeeming death of Jesus let us meditate on the most incredible event in human history, his resurrection defeating death and opening the portals of heaven for us, and let us apply it to our life today. Allow the eyes of your heart to be enlightened, so that you can see this incomparably great power for us who believe.