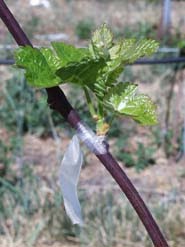 Posted in Bible, Biblical Themes By Guest BloggerPosted on 24th May 202124th May 2021Tagged grafted in, one new man

It was a time of discouragement for God’s people who had returned from Babylonian exile and had laid the foundation of the new temple. Twenty years had gone by and Jerusalem was only partly rebuilt, and powerful opposition had blocked their progress on rebuilding the temple.

Zechariah was given a message of hope from God to give to them. After the seventy years of judgement, they were to come into a time of mercy, blessing and prosperity. Their enemies would be destroyed, as whoever touched God’s own people were touching the ‘apple of His eye’. God would ‘dwell in their midst’ so they could now ‘sing and rejoice’.

Then comes the staggering announcement that ‘many nations shall join themselves to the LORD in that day, and shall be My people’. The meaning of that statement affects me personally and everyone else who was born a Gentile, not one of the chosen race. God never changed His mind about Israel (or Zion) being chosen as His very own people. He remains true to His covenant relationship with them for ever. ‘And the LORD will inherit Judah as His portion in the holy land, and will again choose Jerusalem’ (Zechariah 2:12). God also promised ‘And I will be to her a wall of fire all around, declares the LORD, and I will be the glory in her midst‘ (Zechariah 2:5).

Nevertheless, because God’s Son died on the cross and made atonement for the sins of the world, everyone has a chance to be included in that Covenant relationship, to be a part of God’s own people and also be ‘the apple of His eye’. The apostle Paul explains how Gentiles are shoots of wild olive trees which can be grafted into the main olive tree, Israel, the people of the Covenant. ‘But if some of the branches were broken off, and you, although a wild olive shoot, were grafted in among the others and now share in the nourishing root of the olive tree, do not be arrogant toward the branches. If you are, remember it is not you who support the root, but the root that supports you’ (Romans 11:17-18).

When I read the messages of God to His people throughout the Old Testament, I can understand that they were spoken into particular situations, but I am also allowed to apply them to myself as a son of Zion through my connection to Yeshua (Jesus), the Messiah. It is just as true for me as for Israel that ‘The LORD your God is in your midst, a mighty one who will save; He will rejoice over you with gladness; He will quiet you by His love; He will exult over you with loud singing’ (Zephaniah 3:17).

Prayer
“Thank You, Father God, that we are grafted into the olive tree and we belong to You. Thank You that Your son, Yeshua (Jesus), has joined us to Your own chosen people and that we are now in a covenant relationship with You for ever. May we continue to pray for the peace of Jerusalem. In Jesus’ name. Amen!”