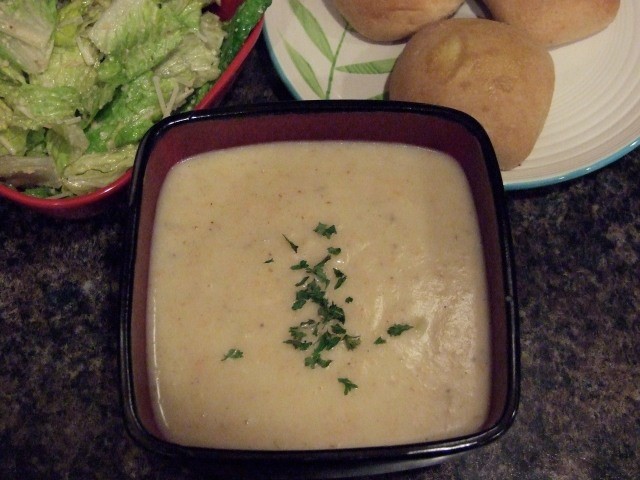 March 2022. From ‘Soups from a Monastery Kitchen‘ (Brother Victor-Antoine) Serves 4-6

This recipe is the version of a soup from Flanders in northern Belgium. Its name suggests it originated among the Beguines. Beguinage was a medieval institution that allowed pious laywomen to lead a form of religious life in common, without becoming actual nuns. It was one of the few alternatives to either marriage or the cloister.

The Beguines lived in beautiful small houses attached to each other. They were independent and were allowed to keep their servants. However they had a common church for their devotions, and they had each other for mutual company. In general, they were a progressive group of women who wished to assert, as much as the times allowed, their independence from men. They were women of great culture, and some of them became renowned mystics. The Beguines, as an institution, flourished particularly in Holland and the Flemish section of Belgium.