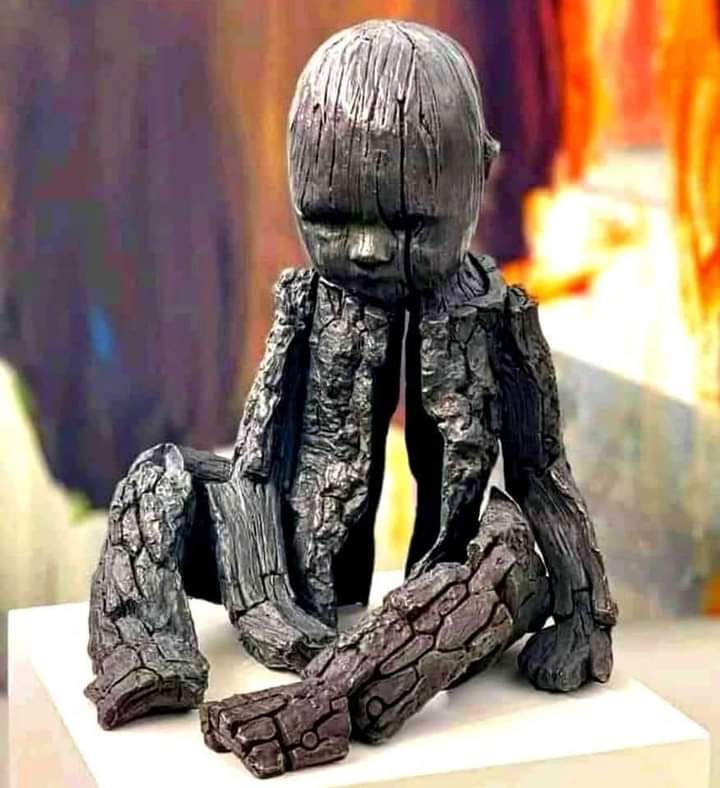 There are days when the news doesn’t seem to report something worth mentioning, but even this is a great achievement of our armed forces. We may read a short statement, “The enemy launched an attack on [insert a city name] but did not succeed,” and it may seem small, but hundreds (if not thousands) of our soldiers made this statement possible. Many of them sacrificed their lives and health to make it happen. Mariupol defenders continue their resistance for over 70 days against all odds – it’s a short line representing pain and heroism mixed together. Even when we don’t speak about Mariupol, we keep lamenting over it, begging for a miracle.

As we approach Victory in Europe Day, the Victory Day over Nazism in World War II, I can’t help but draw parallels. There wasn’t a family in Ukraine that remained untouched by WWII. We grew up listening to stories of our grandparents. I could never imagine that I would have to experience war first-hand.

During the early weeks of the war, my son asked me why this was happening. What caused the war. We had a long conversation with him about our decisions and their long-term consequences. An 8-year-old could understand it at his level, but I kept thinking about it long after we were done talking.

Wars don’t start overnight. People don’t turn into beasts overnight. It is a gradual, sometimes barely noticeable process that takes you further and further away from the Light. If you think about it, even night rarely comes suddenly – there’s sunset and lingering twilight before everything is swallowed up by darkness. However big or small, every decision we make will either bring us closer or distance us from God. It is up to us to choose, but we must remember that small steps make up long distances, and we need to make sure we are aware of which direction we are moving in.

The war Ukraine is fighting today is a war of worldviews. The worldview adopted and promoted by the Russian Federation stems from the communist worldview of the Soviet Union:- The losses of the Soviet army in WWII were colossal, but the army generals believed a soldier’s life is of no value. They said the women would give birth to more soldiers, so there was no need to feel sorry for the dead. Russia has already lost over 25,000 soldiers in the past two months of this war. I’m not even talking about the number of people they killed. – The Red Army heavily relied on barrier troops, anti-retreat forces called to prevent the flight of servicemen from the battlefield and capture saboteurs and deserters. Often they would shoot the “cowards” to make sure no one left the battle. There are many reports about Russia using barrier troops to execute deserters seeking to escape the combat zone. In the intercepted conversations, the Russian army soldiers and those forcefully mobilized from the occupied Donetsk and Luhansk regions complain that they don’t want to fight but are afraid to surrender because they would be shot in the back by the anti-retreat detachments.- Like any totalitarian government, the Soviet Union used propaganda to brainwash people. We know about the Soviet occupation of Poland under Molotov–Ribbentrop Pact, but the USSR took advantage of WWII to also occupy Latvia, Lithuania, Estonia, and Finland. The Red Army that was praised for the victory over Nazism (and they did deserve praise for that) is the same army that invaded these independent states. The soldiers were told they were defending and liberating ethnic Ukrainians and Belarusians. Eighty years have passed, and they use the same pretext to send brainwashed Russian troops to invade Ukraine. The Russian soldiers expect to be welcomed as liberators, and they are raging in search of the “Ukrainian Nazis” but are utterly confused when they see the reality.

Why did I share this long “history lesson”? It’s just my reflection on the danger of ideas circulating in our world. We must be careful and thorough in examining what we believe in and take responsibility for our decisions. Otherwise, in a few decades, we may find ourselves not that different from what we call evil today.

Every day in my prayers, I ask God to guard our minds and help us discern truth from lies. Our mind is one more battlefield the enemy is launching its attacks on.

For the weapons of our warfare are not of the flesh but have divine power to destroy strongholds. We destroy arguments and every lofty opinion raised against the knowledge of God, and take every thought captive to obey Christ (2 Corinthians 10: 4-5)