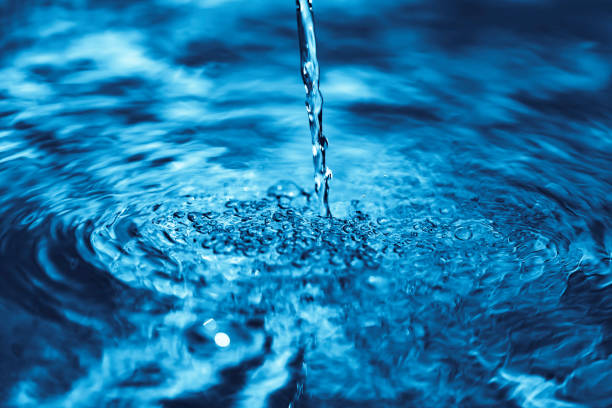 Posted in Biblical Themes, Thirst By Guest BloggerPosted on 24th May 202224th May 2022Tagged desert, thirst, water, woman at the well

Have you ever been thirsty – I mean really thirsty! I was once on a project in Africa where I was losing over 4 litres a day in fluid. I ran out of water and we still had a couple of hours to go through the heat of the tropical sun. I became very focused on the final destination where I knew several bottles of cold beer awaited. I got irritated at the little hold ups that occurred along the way. Thirst can actually drive you mad. Water is vital for life. Without any trace of water on Mars or evidence that water had been present in the past it would be pointless searching for life.

Two hormones come into play when our bodies start to develop what’s known as a water deficit. One affects the kidneys causing them to produce less and more concentrated urine and also slow down or stop the secretion of the salivary glands to conserve water. The other hormone affects a region of the brain called the hypothalamus producing an increased desire for water. It can reach such a point that our minds become one-tracked forcing our body to spend most of its time in the pursuit of water, because we can only live 4-5 days without water.

The Israelites must have been really thirsty, for they had for some time been travelling around the Desert of Sin, ‘traveling from place to place as the Lord commanded.’ As they set up camp in Rephidim after hard days of trekking you can imagine what they felt as they discovered that there was no water. This was the last straw. Murmurings grew into grumbles which grew into rebellion where they actually began to quarrel with Moses to the point where they were almost ready to stone him. You can imagine them saying “Woe is me! Why on earth I agreed to follow this man and come on this foolhardy journey I do not know. Promised land indeed! Why? There has been nothing but scrabbling around for food and never enough water and now we have run out altogether. I’m going to die of thirst. The old ways back in Egypt weren’t so bad. We may have been slaves but at least we had food and plenty to drink!” The desire for water was causing them to regret the trust they put in God. Which was strange because they had no other choice in the predicament that they appeared to be in.

Perhaps like me you can identify with these travel weary Israelites. I have often been stuck in my Desert of Sin unable to find an oasis. Getting cross with myself and with God who seemed to be punishing me rather than helping to overcome and find my way out of the desert. In retrospect this has nearly always been at times when I was trying to find my own way out. Actually ignoring God. It was only when we come to realise that we have forgotten that that it is only by trusting God, that we can be saved in all circumstances of life. For God always has our best interests at heart.

2000 or so years later we find another scene. Jesus had left Judea on his way Galilee. He had chosen to go through Samaria rather than take an avoiding route that would have doubled the time of the journey. This is the same area where the West Bank is today and it is dry and arid. When the sun was at its highest & hottest he came upon the town of Sychar. While his disciples went on a shopping spree, Jesus sat down by Jacob’s well. The well was (and still is) over 100 feet deep and Jacob, who dug it, had watered his many flocks from this well many centuries before. Joseph was buried in a field near this well. It was therefore considered a holy place. Jesus looks down the road and unusually he sees a Samaritan woman coming to draw water. She is lost in thought and thirsty in the mid-day sun. For many months now she has been wandering around in a spiritual desert. She is irritated with herself and her predicament. You can imagine her thinking, “If it wasn’t for my past life I wouldn’t have to come out here in the midday sun to draw water. I wouldn’t be an outcast if I’d stuck at three husbands instead of 5 and I’m not even sure the man who is living with me at the moment wants to marry me. Life is hard. Just as I am feeling thirsty on this dusty road to the well, I wish things were different deep down in my soul. But what can you do? There’s no hope.”

She now meets with Jesus and he asks her for a drink. She protests, ‘How can you ask me for a drink when you are a man and a Jew, and I am a Samaritan and a woman?’ But Jesus recognises that this woman has a great spiritual thirst and the story goes on to show how Jesus comes to show her how her thirst is really spiritual and how he can quench that thirst.

So Jesus now gives her the answer to all her problems. He says, “If you knew the gift of God and who it is that asks you for a drink, you would have asked him and he would have given you living water.” The Lord was there with her. At first it is clear that she does not understand. She was so concerned with her own wretchedness that she had become spiritually blind.

Sometimes we become so concerned with our own predicaments that we become spiritually blind. She put Jesus to the test with her questioning.

Just as the Israelites centuries before had put the Lord to the test with their grumbling. They too had become blind to the fact that the Lord was with them and would provide. God tells Moses to go before them with the elders to the rock at Horeb and to strike the rock with his staff and it will gush with water for the people to drink. You can imagine what might have been said when people learnt of this water-providing strategy given by God to Moses. “There’s no water around the rock at Horeb, it’s still desert, not a plant in sight. You can’t get water out of a rock!”

Just as the woman thought Jesus was mad and tried to humour him “Why you haven’t even got a bucket and the well is deep. Where you going to get this living water? There’s none around here, which is why Jacob had to dig a well.” She adds, perhaps sarcastically “Do you know better than he?”

In ordinary language to the Jew, ‘living water’ was running water. It was water of the running stream in contradistinction to the water in the stagnant cistern. Jacob’s well got its water by percolation from the sub-soil. To the Jew, running, living, water was always better.

Jews however had another way of using the word water. They often spoke of the thirst of the soul for God; and often spoke of quenching that thirst with living water. Jesus was not using terms that were bound to be misunderstood. The promise was that the chosen people would draw water with joy from the wells of salvation (Isa. 12:3) Jeremiah’s complaint was that the people had forsaken God, who was the fountain of living waters, and had hewed for themselves broken cisterns which could hold no water (Jer.2:13). Ezekiel had had his vision of the river of life (Ez.47:1-12). In the new world there would be a cleansing fountain opened (Zech.13:1). Jewish pictorial religious language was full of this idea of the thirst of the souls which could be quenched only with the living water, which was the gift of God.

But the woman chose to understand Jesus’s words with an almost crude literalism. She was blind because she would not see. She could not see that, as was written in Jer.17:13, ‘It is the Lord who is the fountain of living water’.

If you are anything like me you may often be burdened by your past. Like me you may have said in the past, ‘If only I had trusted God more and lived more like he has wanted me to live. If only I had more faith in Him I would feel less burdened and more at peace.’

The Israelites went on to see a miracle. Water gushing from a rock. Water which enabled them to quench their thirst. Which gave them hope that they would not die of thirst. Living water. They had tested the Lord, saying, “Is the Lord among us or not?” And the Lord had answered showing them that just as he stood before Moses at the Rock, he was always with them.

Sometimes it may seem that God is far from us when he is there with us, “the Rock of our salvation” (Ps 95) just waiting to fill us with living water.

Jesus replies: “Everyone who drinks this water will be thirsty again, but whoever drinks this water I give him will never thirst. Indeed the water I give him will become in him the spring of water welling up to eternal life.” In Rev.22:1 we read that it is from the very throne of God that the river of life is to flow. Jesus is saying that just as water is essential to life, living water is essential to spiritual life. “Go on then, tell me where this living water is,” she says, “so that I can get some and will not have to walk to the well day after day.” She was jesting with a kind of humouring contempt about eternal things. But Jesus reveals to her that he knows all about her and she realises he is who he says he is. She realises that at long last she has found someone who can accept and love her for who she is and is offering her the gift of himself as the Rock from which she can obtain this living water, freeing her from the bondage of her sins.

Are you feeling far from God, is your soul dry and alone in that desert? Is being a Christian difficult for you, are you saying, ‘I wish I had never set out on this journey’? Are you grumbling at God for not leading you beside still waters? Then take heart because Jesus is with you. He was tempted in the desert. He knows how you feel. For he too found the journey difficult. But He is the Rock from which living waters gush forth, filling us all and quenching our thirsty soul with living water. In Rev. 21: 6 we read the promise: “To the thirsty I will give water without price from the fountain of the water of life.” If you feel that you are in a dry spiritual desert you are promised in Rev: 7:17 that the Lamb will lead you to the springs of living waters.

But first, like the woman at the well, we have to face the truth about ourselves and when at last we do, see that we must turn away from our old selves, drink of this living water, receive God’s forgiveness, love and acceptance and like the Samaritan woman we will find ourselves telling others about it and where they must go to find the Rock of salvation so that they too may drink of its water and never thirst again.