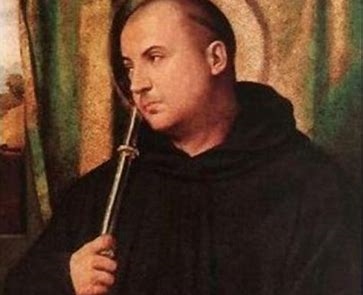 While the Great Plague and the Great Fire were ravaging London, Nicholas Herman of Loraine was admitted to the convent of the barefooted Carmelites in Paris. He was a heavy, awkward, clumsy looking man, who in his time had been a soldier and then a footman. At the age of 40 he had found God and was immediate seized with a desire to enter a religious order. Too crude and illiterate to be made a friar, he was eventually admitted into the kitchen as a lay-brother – really to deal with the washing up.

Endearing himself for more than 40 years to all who in any way were associated with him, he consistently exhibited a holiness that was intense and beautiful. He quietly influenced the whole order of Carmelites in Paris. Eventually he became known as Brother Lawrence and he wrote a little book: “The Practice of the Presence of God.” It has been translated into many languages and millions have benefited from its contents. It shows how you can live your whole life dedicated to God – even if your life is one that is just surrounded by the pots and pans in a kitchen.