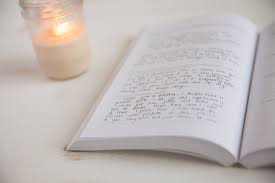 Examen became part of a discussion and a sharing during a recent Word & Spirit meeting.

I said that Examen was part of my day-to-day reflection and prayer life, and I tried to explain what it is. I also promised to send out to everyone a fuller explanation as interest was expressed, and for many a new thing that they had not heard about before.

The best way forward is to present a quote from the three authors (Dennis, Sheila and Matthew Linn) of the book called “Sleeping with Bread” (1995). This delightful and beautifully illustrated book explains what Examen is and how it can be used. I recommend it.

“The examen is an old term used to describe a time of reflection at the day’s end. In its simplest form, the examen can mean asking ourselves questions which are designed to help us identify the ‘consolations’ and ‘desolations’ in our lives – the interior movements in which divine revelation unfolds. We learn to recognise those things which give us life and energy, or which drag energy away from us, leaving us feeling drained and empty instead of renewed and encouraged.

The examen can also help us identify patterns in our responses which might need our attention, such as a tendency to avoid conflict or to keep silent instead of speaking out about something important.

Consistent attention to these interior movements can help us resolve problems and discern a way forward which will enable us to live out our unique way of giving and receiving love.” In my experience Examen is certainly a way of raising awareness and of bringing oneself closer to the events of our lives as we live them day by day. I keep a simple journal for occasional entries, and I arrange it in two columns – consolations on one side and desolations on the other.

There is another book worth looking at. It is “Reimagining the Ignatian Examen: Fresh Ways to Pray from Your Day” by Mark Thibodeaux. Loyola Press (2015).

The practice of examen was embraced by Ignatius of Loyola 500 years ago and is a founding principle of Ignatian spirituality. Don’t let this put anyone off giving it a try and maybe building it into their daily prayer life.

I wholeheartedly recommend it.