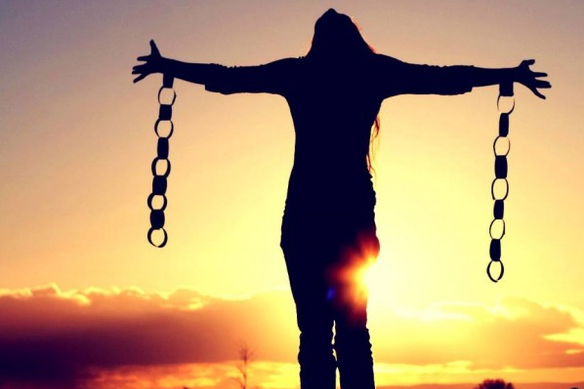 From the pen of Sue Adams, a friend in Brighton, Sussex.

Romans 8 : 1-2 “Therefore there is now no condemnation for those who are in Christ Jesus, because through Christ Jesus the law of the Spirit of life set me free from the law of sin and death.”

Paul Geidel Jr served the longest prison sentence in United States history. In 1911 at the age of 17, he was convicted of murder and for various reasons went on to serve over 68 years in various New York state prisons. Geidel was granted parole in August 1974, but the now 80-year-old inmate did not want to leave. Having lived in prison for 63 years—his entire adult life—he believed that he would not make it on the outside.

The prison door had been opened for Geidel but he chose to remain inside.

This shows in a very poignant way the security of the familiar (however grim that might be) compared with the challenge of the unknown. With regard to the easing of lockdown we too are faced with this in some way. We have grown accustomed to being at home and limiting our social contact (however hard that might have been).

In our verses today we find ourselves half way through a theological essay written by the Apostle Paul. Paul was an intelligent, highly educated man and he had been grappling in the previous chapter with the issue of the pull between good and evil that exists within human nature.

The conclusion he comes to is contained in our verses today. He concludes that regardless of the possible conflict within ourselves the position for believers is that we have now been set free, free from condemnation, because the price has been paid for us by the death of Jesus. That is the starting point. Jesus has opened the door for us to freedom and life.

I had been a Christian for many years before I realised this. I was living under a cloud. I felt as if I wasn’t really living up to the mark (whatever that was), striving/intending to do/be better, thinking (wrongly) that I had to achieve something for God before He would accept me. This was upside down thinking I eventually discovered, having pretty much decided that Christianity didn’t work but being desperate enough to seek help.

I then discovered that He has given me His righteousness before I do anything. That is His gift. It is easy to forget.

There is no condemnation the verse tells us – none! So do we believe what our minds tell us or the Bible? I’ve heard it said that the devil condemns in a general sort of way – just to make us feel awful, but the Holy Spirit convicts in a specific way so that we can bring it to God and deal with it.

The challenge is to align our thoughts with what God says about us. To believe the truth of our position. Then we are free to live with our heads held high, led by the Spirit. It says a few verses later in Romans 8 v 6 “..but the mind controlled by the Spirit is life and peace”.

The Message translation says ..we..”no longer have to live under a continuous, low-lying black cloud. A new power is in operation. The Spirit of life in Christ, like a strong wind, has…cleared the air, freeing [us]”

The door is open – we have been redeemed – Jesus has paid the price. He has given us His gift of righteousness. Let’s hold on to His gift. He invites us to step out in freedom, led by His Spirit, free from condemnation.